Thoughts on the weird and wonderful world of managed and unmanaged communications that surround us all.

Join the campaign to Abolish August

As I write this, it’s clear that the can-kicking season has well and truly begun. Hardly a meeting goes by without somebody suggesting that we “pick this up in Q3”. September clearly now starts in July. Just as, for the seriously workaholic amongst us, Monday starts at around 3pm on a Sunday. If not earlier.

What this is all about is not counting August. Nobody puts August into their major plans, especially if they are connected to a European Business (which is still legal, even in the UK, at least for now). 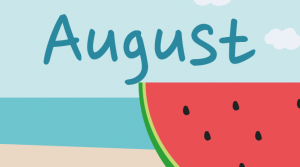 Let’s just take August out of all work calendars. Let’s rewrite Microsoft Outlook, so that it jumps straight from July 31st to September 1st. Let’s tweak our business calendars so that they offer zero appointment slots for the entire month. Let’s just stop pretending that August is a real month where any real work happens.

If you agree: please sign up below, ideally with a pithy comment (to add to a Fat Report that I will compile on a beach somewhere). Let me – and the powers that be – know whether you are in favour of this Important Campaign or not?

Thanks – and enjoy your Summer !